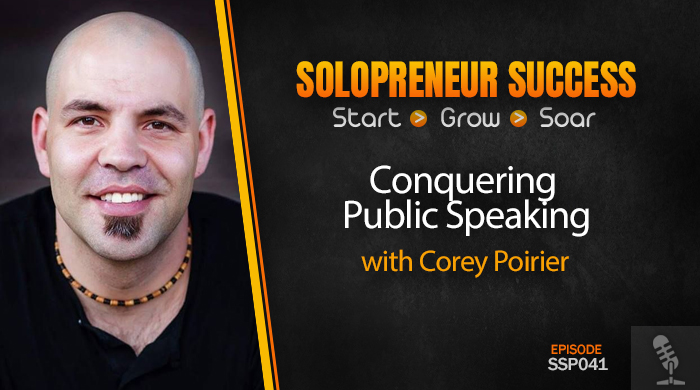 While tackling his fear of public speaking, Corey Poirier’s career could’ve taken a turn for the worst when his stand-up comedy set bombed twice on the same night. Since that night, Corey has built a public speaking empire as the host of top-rated radio shows, featuring multiple TEDx talks and appearances on CBS, NBC, ABC, CTV, and many more television specials, and is one of only a few leaders to be featured on the Entrepreneur on Fire Show – twice.

In today’s episode, Corey gives you insight into how he turned his fear of public speaking into a successful speaking career. Learn all about:

The Book of WHY (and HOW)

Get the Transcript and Much More With a Free Membership!
Members of my Solopreneur Success Connections™ community always get the latest podcast transcript free. Plus they get live business training from leading experts, private networking opportunities, and exclusive member benefits and resources inside our exciting business-building community made especially for solopreneurs!
Get Solopreneur Success Connections™ Membership